Duration: 4-6 hours.
Mode: walk.
Days: Monday through Sunday (visits inside the Royal Representation Rooms do not always apply).
This tour can be combined with others. 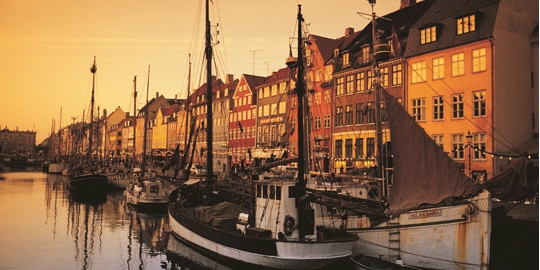 There is only one building in the world that unites the four powers of the state: Christiansborg Palace. This palace houses the Royal Representation Rooms, the Parliament, the Prime Minister’s offices and the Supreme Court of Justice. The beginnings of Christiansborg date back to the 12th century and the palace itself holds essential historic details that will help us understand more about the Danish and Scandinavian cultures as well as the welfare state and Danes as one of the happiest people in the world. We offer you the chance to see the insides of the palace: the Royal Representation Rooms, the royal kitchen and the royal stables.

We will agree on where we will meet according to which hotel you are staying at. This tour will include the famous harbour and canal of Nyhavn with its multi-coloured houses that date back more than 400 years, restaurants, bars and above all, the many stories to be told. We will give you the opportunity to see one of the courtyards of the houses and we will show you where the famous writer Hans Christian Andersen lived. Later, we will head to Kongens Nytorv where we can show you, amongst other interesting spots, the old Royal Theatre. We will continue down the pedestrian street, called Strøget, where you will be able to admire Danish design boutiques, souvenir shops, jewellers, silversmiths, toyshops, fashion houses and a big part of the Old Town.

Arriving at Slotsholmen, Castle Isle, you get to appreciate the building of the National Bank, the church of the sailors called Church of Holmen, the renaissance building Børsen and the grand Castle of Christiansborg that has also served as a stage for filming one of the most watched Danish series on an international scale: Borgen (The Castle).

If you wish to continue exploring more after visiting Christiansborg, it is possible to go to the old war port of the city where there is a nice garden; visit the Royal Library called the Black Diamond, an old brewery from the 16th century, one of the principal canals of the city and the controversial building Blox.

The walking tour can commence or end with a lunch or dinner in one of the restaurants of typical Danish food or international food in Nyhavn, by its surroundings or in Tivoli. If this interests you, let us know!