See our offer of tours of Aarhus and Odense 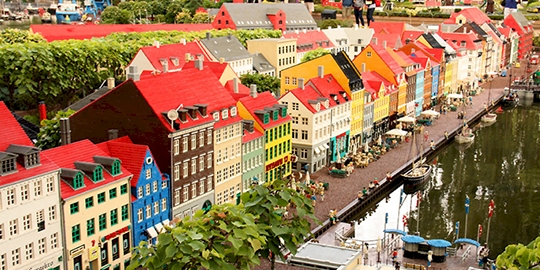 Jutland is the only part of Denmark that is not an island and therefore joins the European continent. On this peninsula, you find the cities Aarhus and Aalborg, the second and third biggest cities of Denmark, respectively. Other prominent cities in Jutland include millennial Ribe where many traces of Viking culture remain, Legoland, the poetic Skagen in the North of the peninsula where you can put one foot in Kattegat (Baltic Sea) and the other in Skagerrak (North Sea).

Did you know that LEGO is a Danish invention? Legoland is situated in Jutland and is a theme park made entirely of LEGOs. The theme park yearly impresses its millions of guests with its attractions, including miniatures of the most famous buildings and sites in the world, the Haunted House and Pirate Land. There are rides, entertainment and relaxing activities for big and small.

See our offer of tours of Aarhus and Odense