Duration: 3-9 hours.
Mode: by foot.
Days: Monday through Sunday (visits inside the museums and churches do not always apply).
Option: break for drinks and snacks. 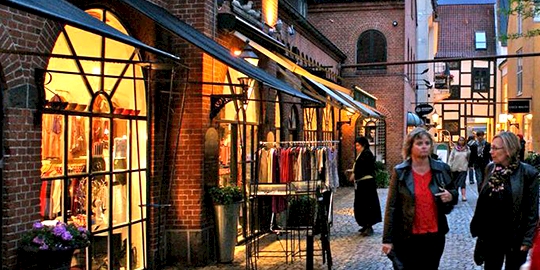 This enchanting city is the birthplace of famous Danish writer, Hans Christian Andersen. We shall see where this world-known author has left his mark in the city as well as visit the attractions. It is worth mentioning that the spots that are related to him have been left exactly as they were during his life in the 19th century.

We will start the tour by the Museum of Hans Christian Andersen. If you wish to enter we can plan to do so. In continuation, we will go to H. C. Andersen’s birthplace and the Square of Sortebrødre. Later, we will pass by the river where his mother washed others’ clothes and a nearby statue of the writer. We will also go to where there used to be a prison where some of his family members were incarcerated. We will see the house in which he spent his childhood and St. Canute’s Cathedral that you will be able to enter. Once we have seen the inside of this historical cathedral, we will head to the Town Hall and the pedestrian street. There, we recommend you enjoy a small meal or something to drink and rest for a bit. Carrying on from there, we will walk to Gråbødre Hospital.

After, we will proceed to the Castle of Odense: the centre of administration in the city, built in the 13th century, which has served as a monastery and as a royal residency. Beside the castle, right in the centre of the city, is where the St. Hans Church lies: the church where Andersen was baptized. This is also where the tour will end.