See our offer of tours of Lund 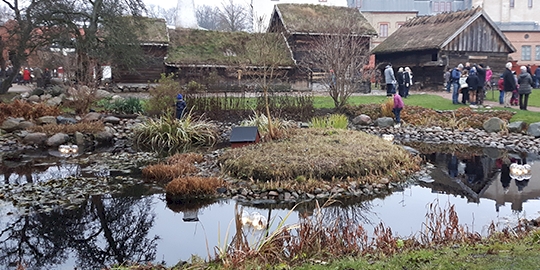 With more than 1,000 years of history, Lund was a religious centre before the arrival of Christianity. During the Viking Age, it was the most important city in all of Scandinavia and in the Middle Ages, it was the religious, political, cultural, educational and commercial centre. Today, it is known as “the City of Ideas” due to it housing one of the 100 best universities in the world and the scientific park Ideon, the first and biggest scientific park created in Sweden to promote development of high technology companies.

Lund is also an educational, scientific and industrial centre. You will be surprised when you find out about all the inventions that you use daily originating in the fascinating Lund. Even though this city has avant-garde science and industry, Lund is still preserving the charm of its medieval period with narrow and winding houses and streets – that are of course very well-preserved.

We will visit the cathedral with the astronomic clock from the 15th century that to this day still functions and the museum Kulturen that tells the history of Sweden and other European countries characterised by its authentic outdoor buildings. We will also visit the first university building in the city and the botanical garden with its collections of Carl von Linné (also known as Carl Linnaeus), father of ecology and precursor of Charles Darwin. Finally, all of the above is just a small fraction of what attractions Lund offers.

See our offer of tours of Lund